Design
Everyone is A Designer
May 08, 2017 Nikola Mihin 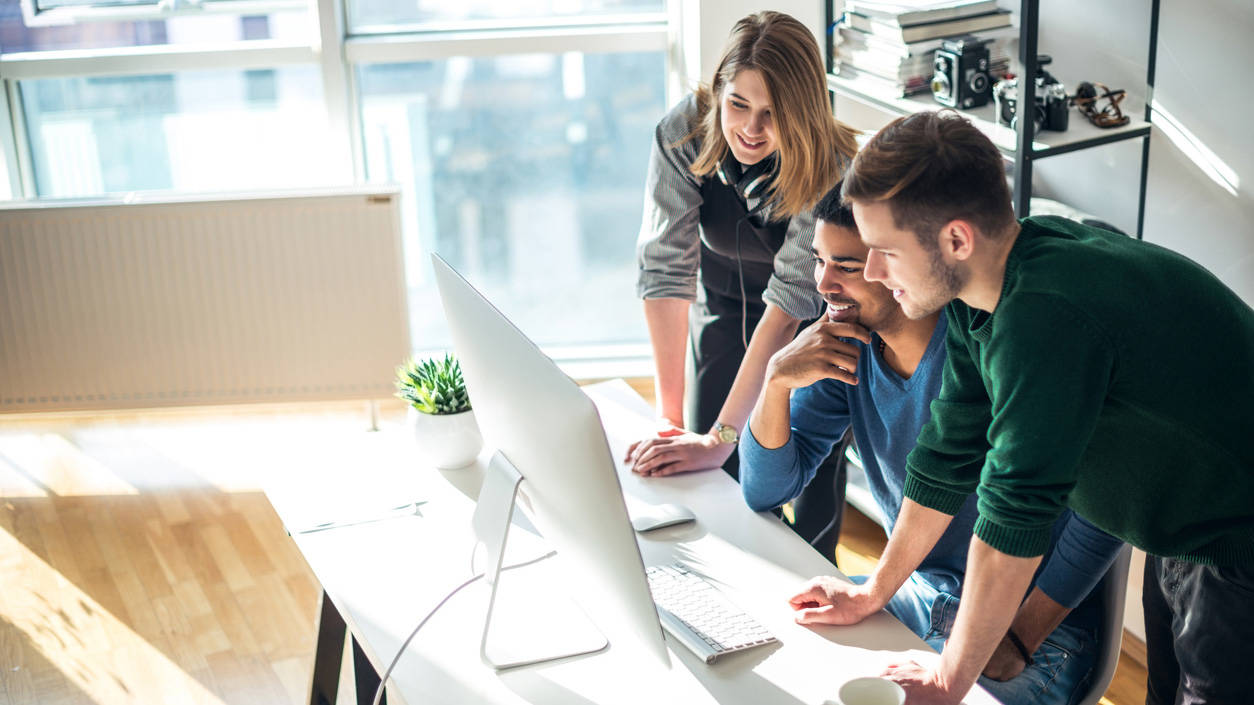 If you Google the word "designer" you will get about 1,310,000,000 results with six main image sections including Fashion, Graphic, Working, Dresses, Interior Design and Web. Most of the images show people sketching, drawing, measuring something, mostly working with hands, using a keyboard and mouse or some kind of sketchpad.

This means designers are perceived as highly creative and imaginative people who create something beautiful by sheer talent, innate creativity, and "something special" that most of the other people don't have, right? Wrong!

Professional designers could be, and too often are, less creative, imaginative and unique than other people who don't have a label of being creative. It's a mistake to relate design with art because often this is not the case, artistic creative work can be done by anyone even if it's unrelated to the visual output of the work they are doing.

A programmer who has an idea that could change the way people are connecting with other individuals via online profiles and communicating on a social network is a designer. Another developer who created a network of car transportation that allows people to submit a trip request online which the program automatically sends to the car driver and books transport is a designer. A platform that allows people to fund innovative projects and bring them to life was created by designers.

You can recognize Facebook, Uber and Kickstarter mentioned above. These are extreme cases that show that creating something new, innovative and creative is designer work, regardless of any label given to describe that job. An artist who chips away all the unnecessary ideas from their companies and creates a culture of innovation is like Michelangelo creating his David statue from the marble stone. The artwork is already there in a block of marble, all he needed to do was remove parts that are hiding a masterpiece inside. Of course, not anyone can create David and it would be ridiculous to expect this from anyone but the question is why are these masterpieces and not just one of the many others like them.

"Every block of stone has a statue inside it and it is the task of the sculptor to discover it." - Michelangelo

Now that we've gone through who and what, let's take a look at why? Why are artists needed and who are they in the modern age? Why spend endless time trying to create something remarkable when good enough puts food on the table, does the job and earns enough money to retire early on?

Today we are living in an age with an abundance of choices, if you have the resources you can get competence and quality of work, you can assemble a team or professionals, assign them roles and start working on projects. It's a well-threaded path and a logical one, the whole is the sum of the parts and a team with years of professional experience guarantees that your project is in good hands and will be a success so you can lay back, relax and start counting profit in your head. But is this really enough? Why do so many projects fail or achieve a mediocre success at best? What is "the thing" that differentiates you from the rest of the bunch, how are you unique?

"Facebook was not originally created to be a company. It was built to accomplish a social mission - to make the world more open and connected." - Mark Zuckerberg

It's about connections, the most valuable resources in this age are meaningful connections and real human interactions that are based on trust and uniqueness. People gather around Michelangelo's David to feel inspired and appreciate a masterpiece, Facebook allows people to connect and create meaningful social relationships, and Kickstarter allows people to contribute together to something interesting and unique that changes the world around them. In an Uber car, you don't feel like a passenger traveling from A to B, Uber prides itself with the fact that a drive is like being picked up by a "friend you never knew you had". Simply put, we don't have time to lose on meaningless interactions.

Mass production was dehumanizing and removing people from final "product". This is today's norm and we end up settling in more ways than one. Conformity is creating silent contempt and masses are hurdling back to Facebook where they try to connect.

The art of creating meaningful connections is a true masterpiece of real designers that can teach us a lot about a success that most of us are craving for. Following a well-threaded path is a way of the past, there are no guarantees that something in the last generation is going to work for us. Actually, it's a recipe for failure. A secure job or career in one specific field is almost a rarity today. It's not a matter of choice, whether we like it or not mass products are cheap and don't have real value by the people we are trying to reach.

"Uber is efficiency with elegance on top. That's why I buy an iPhone instead of an average cell phone, why I go to a nice restaurant and pay a little bit more. It's for the experience." - Travis Kalanick, Uber CEO

If we want to "produce" there is an endless line of choices that are available, if we want to "create" there is a smaller number of choices and if we want to "connect" there are even fewer choices for consumers and greater value. A great value is something rare, that is not easy to get, you can trust it and it cares for you, like a warm friendly handshake. It's not disconnected from you but an important part of you and that is what most of us want in the end, rich or poor, young and old. So the question is do you regularly try to create meaningful connections regardless of the field you are working on, and are you brave enough to put your heart and mind into it? If the answer is yes, then you are a designer.