As a designer, I always try to figure out the best ways to communicate a brand, primarily via design. Mentioned in one of my previous posts, Everyone is a Designer, I consider everybody to be a designer in a way because it revolves around communication. Communication could be as simple as this article written and directed toward real people. It could be a design with images, typography and colors, or something more abstract such as software code written to communicate with a database on a server.

My job as a designer is to turn ideas into something relatable, informative, and, foremost, visually impressive by using images, colors, typography, shapes and patterns, etc. Every profession has its own tools and rules on how to communicate effectively with humans or machines. Marketing is not so different and, at its core, is communicating the benefits of the product to a wide audience using images, multimedia on different channels, and analytics gathered and separated into logical segments. The primary tools used in contextual marketing are patterns of behavior, closely observed user interactions, and predictions based upon a “persona”. A “persona” is a general term and it represents a fictional character with a set of characteristics and traits that we can group into segments, to promote more meaningful and appropriate content.

After identifying a persona using contextual marketing, we can make an informed guess at what the visitor wants and needs next in their user journey. Since we can’t actually know what the visitor really wants right now, we put him in a persona based on past data, his latest searches and visited pages. The missing link in this method is “why”, why does the user want what he wants, and why does he want it now? Presumably, there is not enough information to make these assumptions, so we can at best guess based on the small amount of data we have collected via organic search and cookies. But what if we could profile a visitor in a much more relevant manner, understanding them as a real person rather than a “persona”?

What if we could include other inputs in our analysis of the visitor, such as metacommunication or non-verbal/indirect communication related to their behavior? How could we possibly get this information in a short period of time while he is online? The answer is we can’t, but we can observe emotional states that indicate all the mentioned personality traits and the profile. It is widely known that people make emotional choices when buying something, then rationalize those choices later on. In psychology, this is called "choice-supportive bias" or "post-purchase rationalization", which is the personal, internal map of beliefs every person has. This internal map is responsible in the end when making decisions. What people say they want versus what they actually want can differ significantly.

So how could we possibly know what someone’s beliefs are, and what he or she will do next? The answer is we cannot know because people themselves don’t know. The emotions behind making a choice are much more important than the patterns of behavior collected from cookies in the current form of contextual marketing. Check out this video of a tool we created that measures emotions and converts them into a wave pattern.

My perspective is that emotional responses are universal truths that are identical regardless of differences in culture, age or social status. Employing emotional responses as the basis for segmentation in advanced contextual marketing is an innovative and disruptive idea at this moment. I believe what is true emotionally to one person is the same to another regardless of the “box” or so-called “persona” we put someone into. There are no personas, only real people making real choices. The opportunity here is to measure emotional states with available tools, to communicate directly and instantly with real people, not personas. We still have a lot to learn about ourselves as people and why communication as the basis for civilization is the biggest stumbling block. Only time will tell if mastering metacommunication is the way to improve brand marketing and better understand each other. Maybe efforts to create real AI have failed so far because the missing link in persuading real people that they are talking with other “real” people has lacked emotional response. The lack of metacommunication that is expressed when two people communicate with each other is the missing link; it’s also the next step in contextual marketing. 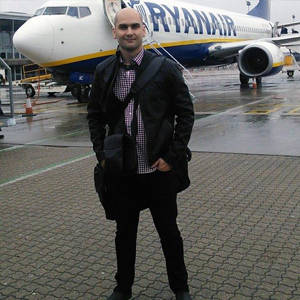